Make the most of EVOLTREE funding initiatives for your research

A series of virtual events featuring leading experts in research on climate change adaptation - both in forest trees and other organisms.

The first EVOLTREE Conference, taking place in hybrid format (on-site and online) at WSL Birmensdorf (Switzerland) from 14-17 September, 2021, focuses on the genomics of trees and interacting species from evolutionary, demographic, and ecological perspectives.

Prof Jonathan Pritchard, Professor at Stanford University, uses statistical and computational methods to study aspects of genetic variation in human genetics and evolutionary biology. He is one of the most influential scientists in population genetics of our times having, amongst other notable achievements, developed the Structure algorithm and the polygenic / omnigenic model describing the genetic architecture of complex traits.

Prof Emily Josephs from Michigan State University studies how evolutionary forces, such as drift and selection, shape patterns of molecular and trait variation in natural and domesticated plant species. She tackles these questions using population genomic and quantitative genetic techniques with a focus on complex adaptive traits, the role of population genetic structure, and gene expression.

Prof Sam Yeaman from the University of Calgary focuses on understanding how complex traits evolve and how to develop and refine the genomic methods used to study them. He uses a combination of computational biology, analytical theory, comparative genomics, and observational and experimental studies of various organisms (e.g. conifers, sticklebacks, sunflower, and Drosophila) in their natural environment.

Dr Neda Barghi, Group Leader at Institute of Population Genetics, University of Veterinary Medicine, Vienna, is an evolutionary biologist focusing on the genomics of complex adaptive traits. She is specifically interested in the genomic signatures of adaptive evolution in response to biotic and abiotic environmental changes, and is investigating the genetic basis of adaptation in experimental populations of Drosophila. 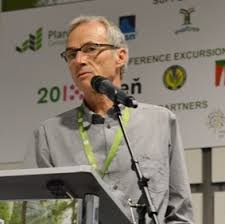 Prof Antoine Kremer, Emeritus Senior Scientist at INRAE, France, is a pioneer in the field of forest genetics and genomics. He initiated Europe-wide research on the genetic diversity of oaks beginning in the 1980s using quantitative and population genetic techniques, and has produced some of the theoretical background supporting the polygenic adaptation model. He was the Coordinator of the EVOLTREE Network from its beginning in 2006 till 2018.

Variation in complex phenotypic traits, like growth, is known to be driven by many genes. For example, it has been shown that the height of humans is associated with thousands of regions in the genome. Approaches for detecting polygenic signals from genomic data, however, are still scarce and rarely applied. This seminar series aims to promote an exchange of knowledge among scientists working on polygenic adaptation in disparate organisms with the objective of facilitating development and wider uptake of the latest approaches.

The seats in the live sessions are limited to 100. All those registered participants who won’t make it to the virtual room because of the limited places are invited to follow the seminar on the EVOLTREE YouTube channel. All seminars will be also available on this channel afterwards, together with the recorded discussions.

The eLab provides a search interface which can browse over all databases currently available within the EVOLTREE project.

Scientific events of interest to the EVOLTREE community are listed here. Conference grants are available to cover expenses

EVOLTREE is a growing resource, archived Articles can be found here.